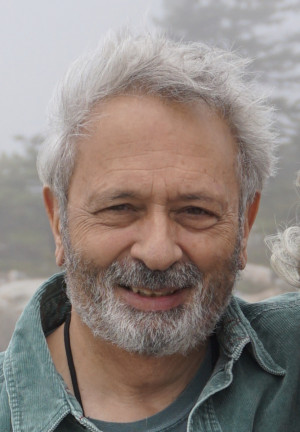 I paint primarily to capture beauty and light based on my observations of people, places and things.  As I paint I often find myself re-living a moment in time or a feeling about the subject.

My preferred method is to paint from direct observation, “from life” -- studio models, still life set-ups, and occasional plein air forays into the city or the countryside.  For practical reasons, I often develop my paintings by first photographing a scene, a person or a site for later use as a reference.  The instant of making a reference photo is the point at which I begin to exercise creative control over subject matter, point of view and composition.  My photograph then serves as a guide to constructing a painting in the studio, where I have greater technical control over the physical painting process than I would outdoors.  Sometimes I just use my imagination.

My paintings are representational, but my style is flexible:  it varies between realist and impressionist styles depending on subject matter and mood.

The subjects of my paintings usually reflect an interest in specific people, places or things.  In Philadelphia (where I have lived for 35 years), I am drawn especially to the Schuylkill River, with its many classical and elaborate bridges, and to the city’s historic, quaint and authentic neighborhoods and structures.  In Maine (where I have a home and studio overlooking one of the many bays that lie “down east” of Acadia National Park), I am constantly inspired by the ever-varying sunsets, by the rocky coastline and by the astounding views of ocean and bay.

I was born and raised in Schenectady, New York.  Following my graduation from Harvard College I spent a year working in a West Philadelphia community center managing education programs for kids.  I then attended law school at George Washington University, in Washington.  I remained in Washington for more than ten years, practicing in a law firm, before moving back to Philadelphia as a corporate counsel.  Years later I transitioned to the non-profit sector, providing consulting services to social services organizations.  I discovered painting in 2012.

I studied painting at Fleisher Art Memorial and Woodmere Art Museum, primarily under artists trained at the Pennsylvania Academy of the Fine Arts.  I’ve also studied portraiture at Studio Incamminati, in Philadelphia.